I was going to start this article with the words “I am often asked …” before realising that in fact I have never been asked.  (This may be partly because very few people have ever actually read it, but even those who have … but … I digress). nebenwirkungen viagra

I have never been asked if there was a particular painting by Picasso that formed part of the inspiration for Gender, but if I had been, I would have replied “yes”. buy viagra uk reviews

The painting that I kept looking at, for a long time, wondering not so much about the actual genders of the people enjoying their luncheon on the grass but about the whole concept of gender – and not just gender, with its reproductive undertones, but the reality of masculine and feminine nouns {noting that some nouns can be masculine in one language (for instance, ear is orecchio in Italian), feminine in others (oreille in French) and neuter in others (ohr in German)} – but … I digress. dosaggio viagra 50

Where was I? Yes, of course, the painting. It is differenza fra viagra e cialis

Luncheon on the Grass (after Manet) viagra contrareembolso argentina

dating from 1961 (Oil on canvas, 81 x 99,8 cm), and is, I believe, on display at the wonderful Musée Picasso in Paris sildenafil citrate dosage information 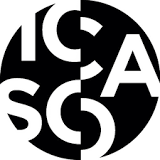 Link to the museum blue pill viagra side effects

Here is an image of the painting (if you find a way to enter it, please let me know). effectiveness of viagra over time

I’d strongly urge you to see the original (if you do, take my advice and buy a ticket in advance, then you won’t have to queue impatiently in the courtyard while watching with a degree of frustration and mild annoyance some other people walk right to the front waving bits of paper) … but … I digress. viagra masticable modo de uso

The painting drew me in, unwittingly, over several months, somewhat like the painting of the ship in C S Lewis’s Voyage of the Dawn Treader into which Edmund, Lucy and Eustace were similarly drawn. I say similarly, because they actually travelled into the painting and ended up on the ship. I, sadly, never actually entered the Picasso painting in question (and thus never discovered what they were having for lunch), I just had an idea about such a thing happening … out of which (amongst other inspirations) came Gender. cialis viagra price comparison